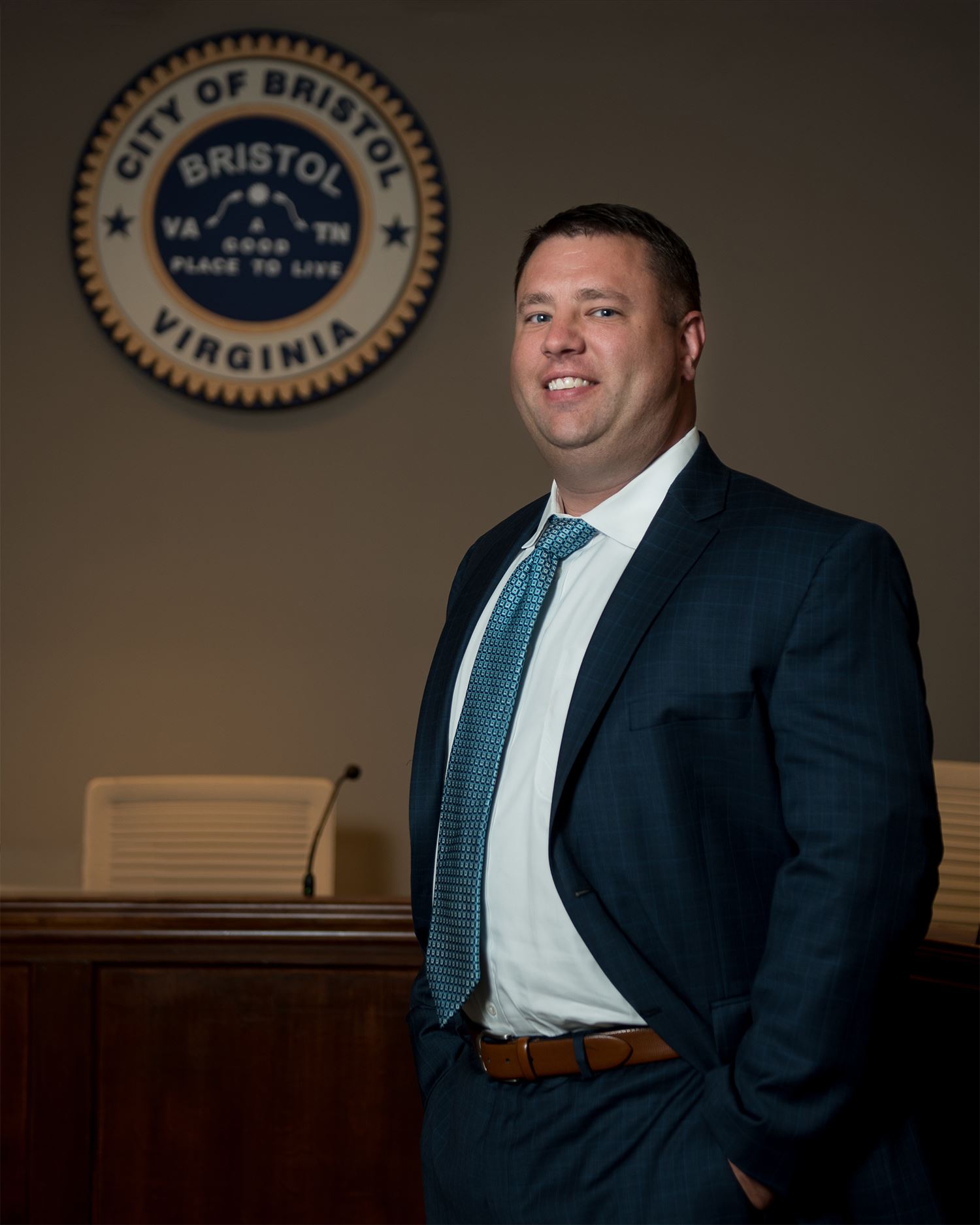 Randall C. Eads is currently serving the City of Bristol, Virginia as City Manager and City Attorney.  He has named City Attorney in January of 2017. He served as Interim City Manager beginning July 3, 2017 until appointed City Manager on July 1, 2018.  He received a Bachelor of Arts degree in History from the Virginia Military Institute in 1999 and a Bachelor of Arts degree in Economics from the University of Tennessee in 2002.  He spent five years in the financial industry as an Investment Representative and Assistant Branch Manager of financial institutions prior to attending law school.  He earned his law degree from the Mississippi College School of Law in 2007, and is licensed to practice law in Virginia, Tennessee and Mississippi.  Mr. Eads has extensive work experience in the private sector and the governmental sector.