"After a blurry, 33-year drug-fueled existence, Becky Estep initially feared the very program she now credits with saving her life...."

"Bristol, Virginia is among the cities and counties that offer jail alternative programs for drug offenders.  Today, the city's drug court celebrated its first graduate of the year..."

"City leaders are hoping a new way of housing inmates will save thousands of dollars.  This summer, Bristol, Virginia leaders met to discuss ways to alleviate the overcrowding...." 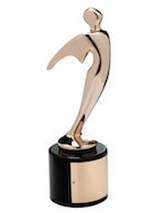 The Veritas Adult Drug Treatment Court team is honored to have worked with local film maker and director Jack Dunham to produce a promotional video featuring current participants and drug court team members.  This promotional video was named a Bronze Winner in the category of General-Video/Shows/Segments in the 37th Annual Telly Awards. The award-winning promotional video can be viewed here.

Hon. Jerry Allen Wolfe, City of Bristol, Virginia Commonwealth's Attorney, was nominated for and won Outstanding Drug Court Team Member at the 2015 Virginia DUI Drug Treatment Court Conference.  Mr. Wolfe's dedication to the Veritas Adult Drug Treatment Court has been demonstrated consistently from the early planning stages of the drug court program to today. Judge Larry B. Kirksey, presiding judge at the program's inception, recognizes that "this program would not have even started without Jerry Allen Wolfe."  Current presiding Circuit Court Judge Sage B. Johnson comments further that "the citizens of Bristol are fortunate to have a Commonwealth's Attorney who understands the importance of the program and how it not only transforms lives, but also protects the public."